It was a pleasant winter evening and after the school run the tide was low and I had the inkling to get out the SUP for a paddle – in part because Christmas is weighing heavily still on my stomach and also as I hoped that last week’s swell would have left behind some rideable waves. 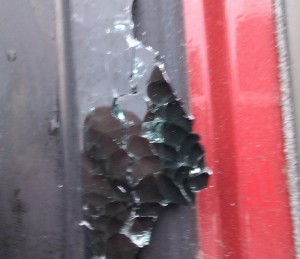 I parked up at Carats car park and decided on my old Snugg winter suit as my new one is fully dry and I want to keep it that way until the next proper swell hits us. I changed quickly in the car and threw my keyring in the glove compartment ( as usual ) and whacked my single key on a string round my neck. Its not actually string, its made for surfers and has an adjustable widget on it to keep your key secure in the sea.
The sun was already sinking below the horizon but the night was relatively clear so the sea was well lit up. Over the next hour I did a bit of up and down wind fitness paddling and then managed to catch several long rides on 1 foot waves. I kept thinking about horse riding in Portugal as I did it. I once had the fortune to go on a long horse trek in the Algarve and felt quite cool being in control of the horse over all the terrain all day. It was a few hours into that ride that I realised that I was not controlling the horse at all. It was just following the crowd. I tried to take it ‘off piste’ a couple of times and it ignored me completely. Anyway that is how I am on waves generally on the SUP. I can shift my weight around to speed up and slow, I can turn a bit, but the monster really goes where it wants and would certainly ignore me if I tried a sudden change of direction.
I was not falling off at least and was getting quite hot in my suit so I undid the neck zip and threw the top part of the suit over my head, that was much nicer, nothing as bad as feeling claustrophobic when you’re meant to be feeling free. I continued and had a really great time on the sea as the pinks turned darker and finally faded,
Anyway, in pitch blackness, save the lights from the power station, I made my way up the beach feeling lucky to have been in the sea and luckier that I had had some long nice rides.
Back at the car I realised quite quickly that the key was no longer round my neck, moreover the carpark was deserted, it was dark and the only key that could open my car was … in the car.
For a while I wandered around the car. Surely there must be a way in. But no, my car was secure.
There was not much point thinking I realised after nearly an hour of thinking and cursing so I borrowed some tools from some nearby workmen and laid into a smaller rear window with a hammer.
Soon I was in the car, still in my wetsuit. I knew that I had been a twat but that is the joy of it all.